H2 – Energy Storage For The Future

Renewable or ‘green’ hydrogen has always captured the imagination and promised so much, yet ultimately failed to deliver at the scale needed to make a difference.

Hydrogen hype has come in waves, the last one crashing in the early 2000s, but it’s always maintained its attraction. And hydrogen has a lot going for it. It is a clean-burning energy carrier whose only emission is water vapour, it has tremendously high energy density per unit mass, it can be used with very high efficiency to produce power and heat in fuel cells, and it can be made relatively easily by combining water and renewably-generated electricity in an electrolyser.

Hydrogen doesn’t need to provide its stored energy as electricity again. Green hydrogen feeds renewable electricity to end-uses that are very difficult to electrify directly, like heavy duty transport, ships, aircraft, and industrial heating. Green hydrogen is also practical for storing large amounts of energy, in the megawatt-hour to gigawatt-hour range, for very long periods of time, from days to potentially months.

So why is green hydrogen not ubiquitous? It is the lightest gas, therefore difficult and expensive to handle. Converting electricity to hydrogen and back again has much lower efficiency than batteries. The high amount energy of energy needed to make hydrogen is why we use the term ‘energy carrier’ instead of ‘fuel’. But most importantly, when compared to other forms of energy, hydrogen is expensive to make, move and use.

Three things. First, technology improvements and manufacturing at scale have drastically reduced equipment costs in the last decade. Second, the current focus on decarbonisation across all energy use sectors (not just electricity, but in the transport and heating sectors as well) has brought hydrogen into focus for very different reasons than previous hydrogen bubbles.

The most important factor driving interest in green hydrogen however is the exponential growth in cheap renewable electricity, especially wind and solar – and electricity accounts for 70-80% of the cost of producing hydrogen. 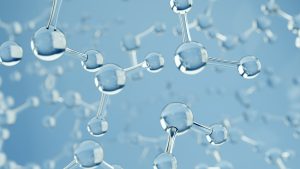 All this has led the EU to develop an Energy System Integration Strategy, with green hydrogen at its core, and a separate Hydrogen Strategy for a Climate Neutral Europe, which envisages 10 million tonnes or 300 TWh of annual green hydrogen production by 2030.

Hydrogen strategies were released in 2020 by Spain, Portugal, France, Germany, Norway, and the Netherlands, with more to follow this year.

By the end of this decade, green hydrogen will be powering trucks, buses, trains and ships, heating homes and factories, fuelling the production of green steel, and storing wind and solar power across Europe.

An opportunity for data centres?

Ireland does not have many heavy industry users of energy, but it is home to a growing data centre sector which could account for up to one-third of electricity demand in 2030. The suggestion that new data centres planned around Dublin will be expected to install their own on-site generating capacity potentially presents a hydrogen opportunity to operators.

What if the natural gas powering these generators could be replaced by green hydrogen?

The major bottleneck in hydrogen rollout is likely to be on the demand side. Without a steady demand for hydrogen, investments in electrolyser and hydrogen supply chains will not materialise. However, as with other renewables, demand from data centres can provide the business case for investment in the production of green hydrogen.

Current on-site gas engine and gas turbine technologies are currently limited to 5% hydrogen content in their fuel, but 100% hydrogen models are due to be launched soon. This means data centres could provide their own zero-carbon on-site energy during periods of grid congestion or even during periods of high grid-power prices.

Initial supply chains of green hydrogen to data centres would likely take the form of high-pressure tanker truck deliveries, but large-scale adoption could quickly change that. The Irish natural gas grid is one of the most modern in Europe, and the plastic construction of the low-pressure distribution network means that very high concentrations of hydrogen could be delivered to gas customers, including data centres with on-site generators.

Clusters of data centres offer the prospect of ‘hydrogen hubs’, in which a number of hydrogen producers and/or users pool their resources for cost-efficient on-site electrolysis and localised distribution (via truck or pipeline). The addition of, for example, hydrogen filling stations for local truck and bus fleets would further improve the commercial viability and reduce the risk of green hydrogen.

Looking further to the future, a number of developments may transform how data centres are powered. Fuel cells are electrolysers in reverse that can produce electricity from hydrogen 50-100% more efficiently than engines or turbines. Fuel cells, which are widely used for powering data centres in California, have seen their costs tumble in the last decade.

But hydrogen and fuel cells could also play a role beyond backup and peak-shaving applications. High-efficiency fuel cells coupled with heat-driven air-conditioning technologies, such as absorption and adsorption chillers, offer the prospect of vastly more energy-efficient data centres supplied exclusively by renewable hydrogen, while at the same time enabling more renewables through electrolysers and data centres providing grid balancing and demand-side management.

Given the current debate on energy consumption – and the emissions associated with power generation – in the data centre sector, the time is right for the industry to take a close look at green hydrogen.